As the U.S. opioid crisis gained steam a decade ago, Michigan was flooded by pain pills by suppliers and distributors who seemed more focused on sales than the drugs’ dangers, according to recently released documents.

That includes a top account manager who jokingly compared opioids to Doritos in their addictive qualities.

Internal industry memos and emails were recently made public after a year-long court battle by The Washington Post and the Charleston Gazette-Mail in West Virginia. The documents are part of a multi-state lawsuit accusing manufacturers and distributors of fueling the opioid crisis, with plaintiffs seeking monetary damages for the consequences.

Also made public in the document release was a federal database of U.S. shipments of opioids from 2006 to 2012. The database covers oxycodone and hydrocodone pills, about 75% of the opioids distributed during that time.

The data shows that more than 76 billion pills were distributed nationwide, including almost 2.9 billion in Michigan. The latter was equivalent to 41 pills a year for every man, woman and child in Michigan.

More than 90% of the opioids shipped to Michigan between 2006 and 2012 came from three manufacturers: Actavis Pharma Inc., SpecGx LLC and Endo Pharmaceuticals, all part of multinational corporations.

The federal data also shows the biggest distributor of opioids during those years was McKesson Corp., owner of Omnicare Pharmacy, a chain that supplies prescription drugs to long-term care facilities.

In Michigan, the chain has offices in Livonia, Grand Rapids and West Branch. Omnicare in Livonia ranked No. 1 among Michigan’s individual retailers as the single largest distributor of opioid pills between 2006 and 2012, according to the federal data.

Among retailers that serve the general public, Walgreen’s distributed the most oxycodone and hydrocodone pills in Michigan during those years.

The federal data “confirms what we already knew, that billions of pills were flooding our streets,” said Dr. Chad Brummett, an anesthesiologist at University of Michigan and director of U-M’s Division of Pain Research. “There is nothing that can reasonably explain the spike in the numbers” in terms of changes in patient conditions.

What did change, he said, was change in attitude in the medical community that patient-centered care required clinicians to take complaints about pain more seriously. Drugmakers leveraged that into aggressive marketing of opioid painkillers, Brummett said, “overplaying their benefits and downplaying their addictive qualities.”

“That certainly influenced physicians to write more prescriptions,” he said.

Rebecca Haffajee, a University of Michigan assistant professor in public health who has studied the opioid crisis, said it was the result of a “perfect storm.”

“Pain is hard to diagnose and it’s hard to have good, effective treatments,” Haffajee said. “So when you have this movement to consider pain as a vital sign and you want to treat it well and you have patients who are very responsive” to the opioids, it created a major spike in opioid prescriptions.

“There were these tremendous increases (in prescriptions), particularly during the first decade of the 2000s,” she said.

And a key part of those increases, she said, were “manufacturers and suppliers and distributors who were taking advantage of the addictive properties of these drugs.”

A look at county data

In Michigan and elsewhere in the country, the influx of pain pills spiked the most in rural counties with higher unemployment rates and shrinking job opportunities.

The five counties with the highest number of pain pills per capita in 2006-12 — Ogemaw, Roscommon, Crawford, Iosco and Clare — are all located in the northeast Lower Peninsula, an area that has struggled with population loss and sputtering local economies.

Haffajee and Brummett say experts are still struggling to understand exactly why rural, working-class communities seemed to be hit hardest by the opioid crisis.

“Why were doctors and people in the health-care system more willing to prescribe opioids, and why were people turning to these drugs with increasing frequency?” Haffajee said. “That’s what we’re trying to establish and better understand.”

Some experts have theorized that people who feel more hopeless and lack social support may have been more vulnerable to the addictive qualities of opioids, she said, “but we don’t have a great empirical base for that yet, and we don’t understand it very well.”

Below is a map showing the county-level data for Michigan, showing the pills sold per capita between 2006 and 2012. You can click on a county to see the underlying data. The dots represent the pharmacy or other distributor in each county that sold the most opioids.

Next is a database that allows you to look up the number of opioids distributed during 2006-12 by retailers, specialized pharmacies and individual doctors and dentists.

In addition to providing access to the federal database, the Washington Post also has released emails and memos they obtained that detail how some suppliers and distributors viewed the increase in opioid sales.

Victor Borelli, a national account manager at Mallinckrodt Pharmaceuticals, joked in a 2009 email that opioids were like “Doritios.”

The comment came in an exchange with Steve Cochrane, a vice president for KeySource Medical, who told Borelli that oxycodone pills were a hot seller.

“It’s like people are addicted to these things or something. Oh, wait, people are. . .” Cochrane wrote in an email.

Borelli’s employer, Ireland-based Mallinckrodt Pharmaceuticals, owns SpecGx, the manufacturer of 35% of the oxycodone and hydrocodone pills shipped to Michigan between 2006 and 2012.

About 44% of the pills were shipped to Michigan were manufactured by Actavis Pharma Inc., part of Israel-based Teva Pharmaceutical Industries. In 2012, the federal Drug Enforcement Agency questioned Actavis officials about their suspicious order monitoring system, their procedures concerning due diligence, and “dramatic increases” in the sale of oxycodone between 2010 and 2012, according to a DEA memo detailing the meeting.

About 18% of the opioids sold in Michigan between 2006 and 2012 were distributed by McKesson Corp., the specialized pharmacy for nursing homes.

In a July 2018 deposition, Nathan J. Hartle, McKesson’s vice president of regulatory affairs and compliance, was asked whether McKesson is partially responsible for the opioid crisis.

“I think we’re responsible for something,” he said. “I don’t know what — how you define all societal costs and — I still believe it depends on different circumstances.”

The pill sale data and other documents are central to the lawsuits against manufacturers and distributors, in which 2,000 state and local governments are seeking damages for opioid-related deaths, treatment and law enforcement costs

Michigan Attorney General Dana Nessel has said she wants to participate in the suits. However, she is impeded by a 1995 Michigan law that gives drug companies immunity from lawsuits involving drugs approved by the federal Food and Drug Administration. 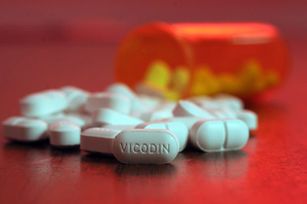 That law — sponsored by Bill Schuette, Nessel’s predecessor as attorney general when Schuette was a state senator — “badly needs to be repealed,” Kelly Rossman McKinney, Nessel’s spokeswoman, said in May. “It means we’ll have to be creative” on legal strategies to hold opioid companies accountable.

Last week, Rossman McKinney said the state is in the process of hiring an outside litigation firm to advise Nessel’s office on how to proceed with opioid litigation. “Stay tuned,” she said.

Haffajee said she sees the litigation as an effective way of putting drug manufacturers and distributors on notice about their legal obligations to the American public.

“I do think these companies broke the law,” said Haffajee, who has a law degree from Harvard. “As we’re getting more internal documents from these companies, it shows there was they were deliberately and knowingly misrepresenting their product.

“I think there’s some culpability there,” she said, “and litigation is one vehicle to hold these companies accountable.”

Nationally, the opioid crisis peaked around 2012-13, at which point the number of opioid prescriptions began to decrease, Haffajee said.

But in Michigan, opioid sales continued to accelerate for another two years, based on state data.

Prescriptions for opioid painkillers increased 41% in Michigan between 2009 and 2015, the state numbers show. By 2015, there were more prescriptions than Michigan residents — about 11.4 million prescriptions in a state with less than 10 million people.

In 2016, pharmacies, hospitals and doctors distribute enough opioids to provide every Michigan resident with 84 pills or other dose of an opioid drug.

There’s a reason that Michigan opioid sales continued to climb after the national peak, Haffajee said. “Michigan was late to get on top of the issues and enact strong policies to address” overprescription of opioids.

That includes measures to make sure prescribers have a bonafide relationship with the patients; requiring patients to get “informed consent” about opioids, and requiring pharmacies and clinicians to use a state database when dispensing or prescribing controlled substances. That new tracking system, the Michigan Automated Prescription System or MAPS, which launched in 2017, allows prescribers to look up a patient’s prescription history. 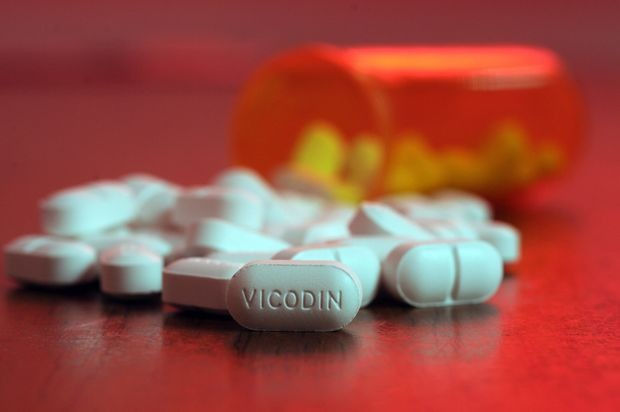 Orlene Hawks, director of the state’s Department Licensing and Regulatory Affairs, which operates MAPS, credits the database for lowering the number of opioid prescriptions.

“MAPS is a vital tool for licensed professionals to use as they make prescribing decisions for their patients,” she said in a statement to MLive.

But while the number of opioid prescriptions has dropped in the past two years, the number of deaths by opioid overdoses have continued to skyrocket — 2,033 deaths in 2017 compared to 163 in 2000.

Haffajee said the rise in overdose deaths could be an unintended consequence of declining opioid prescriptions. As addicts find it harder to get legal opioids, they may be turning to street drugs, including heroin and fentanyl, a synthetic opioid that can be extremely potent.

And the fact is, even while the number of opioid prescriptions has declined, it’s still well above the level of two decades ago, before the opioid crisis began.

“We’re still at levels much higher than comparable countries — many orders of magnitude above,” Haffajee said.

Americans are about 5% of the world’s population, but in 2015 they consumed 80% of the global opioid supply.

No question, “the number of opioid prescriptions are decreasing, but we still have a long way to go before we get to what I would consider a reasonable level,” Brummett said.

The irony, he said, is that opioids are often not the best painkillers — especially when doctors and patients take into account the side effects of opioids even beyond addiction. Those other side effects include dizziness, nausea, severe constipation and decreased libido.

He pointed to studies that show a combination of acetaminophen and ibuprofen can be as effective as an opioid in treating pain without the risk of addiction.

“Opioids definitely have a role in medicine, especially after major surgery and for some people with chronic pain,” Brummett said. “But a lot of times opioids aren’t the best answer.

← Are Prescribed Opioids the Culprits or the Scapegoats?
18 upstate hospitals, health centers agree to limit opioids prescribed after surgery  →