CDC – OPIOID GUIDELINES SHOULD NOT BE USED TO TAPER PATIENTS

The Centers for Disease Control and Prevention has taken its first concrete step to address the widespread misuse and misapplication of its opioid prescribing guideline.

In a commentary published in The New England Journal of Medicine, the guideline’s authors say the agency does not support abrupt tapering or discontinuation of opioid medication, and that the guideline’s recommendation that daily doses be limited to no more than 90 MME (morphine milligram equivalent) should only be applied to patients who are starting opioid therapy.

“Unfortunately, some policies and practices purportedly derived from the guideline have in fact been inconsistent with, and often go beyond, its recommendations,” wrote Deborah Dowell, MD, Tamara Haegerich, PhD, and Roger Chou, MD. “A consensus panel has highlighted these inconsistencies, which include inflexible application of recommended dosage and duration thresholds and policies that encourage hard limits and abrupt tapering of drug dosages, resulting in sudden opioid discontinuation or dismissal of patients from a physician’s practice.”

The co-authors also noted that the guideline “does not address or suggest discontinuation of opioids already prescribed at higher dosages,” nor does it seek to deny opioids to patients with cancer, sickle cell disease or recovering from surgical procedures.

The CDC’s clarification was cheered by patient advocates, who have been calling on the agency to address the suicides, patient abandonment and other unintended consequences of the guideline for over three years.

“The statement from the CDC is a long-awaited, robust clarification that has come at a critical time. They clearly defined that its Guideline cannot and should not be invoked to justify the forced reduction or denial of opioid pain medication to patients who use opioids to manage their long-term pain,” said Andrea Anderson, a patient advocate with the Alliance for the Treatment of Intractable Pain (ATIP). 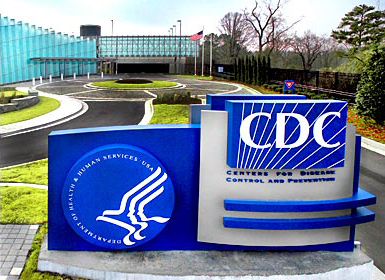 The CDC’s controversial guideline was released in March 2016 as a voluntary set of recommendations meant to discourage primary care physicians from prescribing opioids for chronic non-cancer pain. But the guideline was quickly adopted by states, insurers, pharmacies, practitioners and even law enforcement agencies, who saw it as a mandatory policy that all physicians should follow to reduce rates of opioid addiction and overdose.

Reports soon began surfacing of patients being forcibly tapered off opioids or being abandoned by doctors who no longer wanted to treat them. Within months of the guideline’s release, CDC was warned by its own public relations consultants that “doctors are following these guidelines as strict law” and that some patients “are now left with little to no pain management.”

In PNN’s recent survey of nearly 6,000 patients, over 85 percent said the guideline has made their pain and quality of life worse. Nearly half say they have considered suicide because their pain is poorly treated. Many are hoarding opioids because they fear losing access to the drugs and some are turning to other substances – both legal and illegal – for pain relief.

Not until this month did CDC acknowledge that its guideline was causing patient harm.

“CDC is working diligently to evaluate the impact of the Guideline and clarify its recommendations to help reduce unintended harms,” CDC Director Dr. Robert Redfield wrote in an April 10 letter to a group of healthcare professionals. who had asked the agency to make a “bold clarification” of the guideline.

Redfield’s letter was sent the day after the Food and Drug Administration warned doctors not to abruptly taper or discontinue opioids. The FDA said it had received reports of “serious harm” to patients, including withdrawal, uncontrolled pain, psychological distress and suicide.

“The clarification is an essential beginning because it is the CDC guideline that has been used by law enforcement agencies to surveil doctors and by major insurers and pharmacies in ways that deny pain patients access to opioid analgesia,” said Kate Nicholoson, a civil rights attorney and pain patient.

“Given the harms suffered by pain patients, a muscular, public-facing clarification from the CDC was needed. We hope that this action and the warning the FDA issued last week against abrupt tapering of pain patients will mark a beginning in protecting the rights of patients who use opioid medication appropriately to manage pain.”

But other patient advocates wonder why it took so long for the CDC to act.

“It’s gratifying to see CDC admit that its guideline is being misinterpreted and misapplied, as many of us have been warning for some time,” said Bob Twillman, PhD, former Executive Director of the Association of Integrative Pain Management. “It’s a bit puzzling to me why it has taken them three years to do so, when many of us, myself included, told them within days of the guideline’s issuance that these things were going to happen.

“Unfortunately, we’ve spent the past three years watching three dozen states violate CDC’s stated intent that the guideline not be legislated, not to mention the untold numbers of insurance companies, health care systems, private practices, and pharmacy chains that have created a whole population of opioid refugees by misusing the guideline. Serious harms, including patient deaths, have resulted, and there is virtually no evidence that the intended effect of reducing prescription opioid overdose deaths has occurred, while overall opioid overdose deaths continue to climb rapidly.”

The New England Journal of Medicine is a respected publication with a wide reach among healthcare professionals, but it is not clear what CDC will do to caution states, insurers, pharmacies and law enforcement agencies about their misuse of the guideline.

“Unless Congress and the Executive Branch tell the DEA (and by association, state drug enforcement authorities and prosecutors) to stand down from persecuting doctors, I don’t see any useful impact for this statement at all,” Richard “Red” Lawhern, PhD, of ATIP wrote in an email. “Doctors will continue to leave pain management and to desert their patients until they can be assured they will not be sanctioned, so long as they act in good faith to treat pain and manage their patients.”

In recent months, federal prosecutors in Wisconsin and several other states sent letters to hundreds of physicians warning them that their opioid prescribing practices exceed those recommended by the CDC. The doctors were identified through data-mining of prescription drug monitoring programs (PDMPs), which have been weaponized to target physicians.

“Practitioners were identified where they prescribed on average 90 MMEs (or more) per patient per day. That’s the threshold where the CDC and the Wisconsin Medical Examining Board say there is no real evidence to suggest that above that amount has any better effect on chronic pain,” a DOJ spokesperson told PNN.

“We have hyper-accurate data at the DEA and other agencies in the federal government where we are able to (use) that data and we can sort of pinpoint where these pills are being over-prescribed just by the population center in which they’re being prescribed,” said Jay Town, a federal prosecutor in Alabama.  “There are more doctors out there, there are more people working in clinics, and physicians’ offices, or pharmacies, or in compounding pharmacies, that we still have ongoing investigations or beginning investigations.”

The CDC may have finally acknowledged the “unintended harms” caused by the guideline, but the data-mining and wholesale adoption of its recommendations are exactly what the agency outlined in a 2015 CDC memo obtained by PNN:

“Efforts are required to disseminate the guideline and achieve widespread adoption and implementation of the recommendations in clinical settings. CDC is dedicated to translating this guideline into user-friendly materials for distribution and use by health systems, medical professional societies, insurers, public health departments, health information technology developers, and providers, and engaging in dissemination efforts.

Activities such as development of clinical decision support in electronic health records to assist providers’ treatment decisions at the point of care, identification of mechanisms that insurers and pharmacy benefit plan managers can use to promote safer prescribing within plans, and development of clinical quality improvement measures and initiatives to improve prescribing and patient care.”

Can the CDC undo all the harm its “user-friendly materials” have caused over the last three years? Will states be advised to rollback their laws and regulations? Will insurers and pharmacies be told to stop limiting the dose of opioid prescriptions? And what about the patients who committed suicide? The CDC did not respond to a request for comment.

“That no one at CDC anticipated that the guideline would be misinterpreted and misapplied in this way is hard to swallow,” said Twillman. “I would have hoped that they would be vigilant for such occurrences, and taken action swiftly and effectively when they became apparent.”