Today I am posting Trish’s (my wife’s) Questionnaire  for my U.S. Pain Foundations,  Pain Awareness Month project in hopes that someone new to their chronic pain journey will know that they are no alone and that there are places and people out there to reach out to.  I am one of those people and my email can be found at the end of today’s post.

Trish had a different perspective on chronic pain as my accident was 23-3/4 years ago and we will be having our 19th anniversary here on September 6th, so as long as she has known me I have been in constant chronic pain.  She has held on through the good times as well as the bad times, the medication changes, days when I’ve woke up and hunched over like an 85-year-old man.  In fact, the doctors have compared me with an 85-year old.

Trish likes to write so she completed 10 of the 25 questions.  With no more hold ups, todays questionnaire survey starts on the following page:

We have each other and we have love!

Thank you Trish for taking the time to complete the interview questionnaire.

If you are interested in completing a questionnaire and being part of helping others on their pain journey or if you know of someone who would be willing to share their pain story, please feel free to send me your email or have them forward me theirs and I will send a copy of the questionnaire and the date that it will be posted.  Thank you all in advance for reading these amazing stories of People in Pain and here’s hoping that if your new to chronic pain or even a chronic pain veteran that you can take something from these stories and use it to help with your pain. 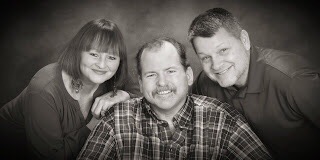